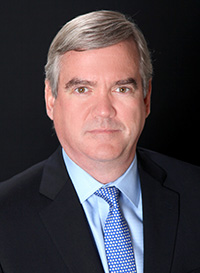 As Managing Director and General Counsel, David Rex is responsible for the management of all legal matters for Prophet Equity’s fund operations and investments. Prior to joining Prophet Equity, Mr. Rex was a partner at Jackson Walker where he focused on mergers, acquisitions, divestitures and related financings, including as counsel to private equity and venture capital funds. He also assisted entrepreneurs and emerging growth companies from formation to exit, with an emphasis on venture capital and general corporate finance, strategic alliances and joint ventures. During his career, Mr. Rex has completed over 320 transactions with approximately $9 billion in transaction value. He also has a diverse background in domestic and international corporate, securities, finance, banking, and related tax law matters, both as in-house counsel for two merchant banking groups and in private practice.

Mr. Rex is a member of the State Bar of Texas and the Oklahoma Bar Association. He is past Chairman of the Mergers and Acquisitions Committee and the Venture Capital Committee, and past Vice-Chairman of the Securities Committee, of the Business Law Section of the State Bar of Texas, and has also served on the Board of Directors of the Texas Business Law Foundation. Mr. Rex previously served as the Texas liaison to the National Venture Capital Association’s Model Forms Project. He is a member of the Committee on Mergers and Acquisitions of the Business Law Section of the American Bar Association (Private Equity M&A and M&A Market Trends Subcommittees, Judicial Interpretations Working Group, Acquisition of Public Companies, Joint Venture, M&A Dictionary, Model Tender Offer Agreement and International Acquisition Transactions Task Forces). Mr. Rex regularly speaks on legal and business issues related to venture capital, private equity and other alternatives for financing businesses, intellectual property, unfair advantage and ethical issues in venture capital and private equity transactions.

Mr. Rex is rated AV Preeminent (5.0 out of 5.0) by Martindale-Hubbell Peer Review Ratings. Mr. Rex has been named a Texas Super Lawyer by Thomson Reuters in prior years and is the 2015 recipient of The General Counsel Forum’s Magna Stella Award for Solo General Counsel.  Mr. Rex previously served as a member of the Board of Directors of BioDFW (now the Health Industry Council of North Texas), an organization committed to creating an environment of regional collaboration, innovation, excellence and inspiration for the North Texas life sciences community. Mr. Rex also previously served on the Community Advisor Board for LauchAbility, now known as My Possibilities, a charitable organization with the mission of helping children and adults with developmental disabilities achieve their maximum potential.